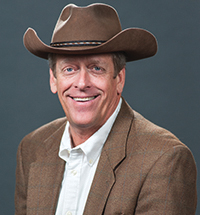 Kent Taylor is the founder, CEO and Chairman of the Board of Texas Roadhouse restaurants. Mr. Taylor, who has more than 25 years of experience in the restaurant industry, opened the first Texas Roadhouse in Clarksville, Indiana, in 1993.

The Louisville-based company has grown to more than 530 locations in 49 states with system-wide revenues of $1.3 billion. The company, which went public in 2004 and trades on the NASDAQ under the symbol TXRH, opened its first international location in Dubai in 2011. The company currently operates in 6 foreign countries

A Louisville native, Mr. Taylor attended the University of North Carolina on a track scholarship, and he earned a Bachelor of Science degree.

Mr. Taylor is an active supporter of a number of organizations, including Homes for Our Troops,  Habitat for Humanity, Special Olympics Kentucky and the Kentucky Nature Conservancy.