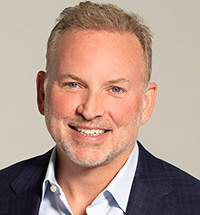 Dan Fougere has spent nearly thirty years in the software industry, has been part of four IPOs, and most recently was Chief Revenue Officer of Datadog where he helped build and lead a team of nearly one thousand people and helped grow annual revenue from $60M to $1B.

Prior to Datadog, Dan held global leadership roles at Medallia, led the NYC region for BladeLogic and BMC Software, and led the UKI team for Actuate while living in London.

In addition to Homes For Our Troops, Dan is also on the Board of Directors for the software companies Heap and Manta, advises many software CEOs and Founders and runs his own investment firm, Shore Drive Capital.

Dan has a BS in Mechanical Engineering from Rensselaer Polytechnic Institute and is married to Stephanie Fougere with whom he has three young children.