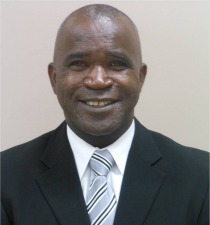 In addition to Afghanistan and Central Command, Hill’s command sergeant major positions include Joint Task Force-Katrina in response to Hurricanes Katrina and Rita, KFOR-3A (Kosovo), Multinational Force and Observers (Sinai), and Multinational Force-Iraq during “The Surge”.

He holds a Bachelor of Science degree in Liberal Arts and Science from St. Thomas Aquinas College, and a Masters of Education in Organizational Leadership from Northcentral University.  He is a member of the Sergeant Audie Murphy Club and has been awarded the Centurion level of the Order of St. Maurice, the Order of St. Barbara, and the Order of St. Michael.

Hill currently resides in Memphis, and serves as a project management advisor for FedEx Freight. His areas of concentration are Learning and Development and Veteran Initiatives. He is also an active participant with the U.S. Chamber of Commerce Hiring Our Heroes and the Veteran Employment Advisory Council.