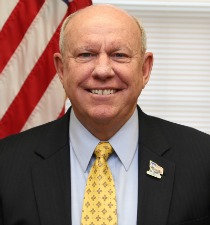 Brigadier General, USA (Ret) Tom Landwermeyer was born and raised in Dallas, TX. He was commissioned as an Armor Second Lieutenant in 1976 upon graduation from West Point, and became an Army Aviator in 1981. During his 33 year military career, he led both armor and aviation units at all levels from Platoon to his final tactical position as Deputy Commanding General of 2d Infantry Division. He held key staff positions at U.S. Transportation Command, U.S. Forces Japan and culminated his career on the Army Staff at the Pentagon. His duty assignments have been throughout the United States, Germany, Japan, Bosnia, Iraq and Korea.

Following retirement from the Army in 2009, he served as a civilian on the Army Staff in the Pentagon in the Office of the Chief of Staff of the Army. In Jun 2011, he became the Chief Operating Officer for the Armed Services YMCA, a military affiliated nonprofit that provides programs and services to active duty junior enlisted Troops and their families at military installations across the country. In Jan 2017 he assumed his current position as President/CEO of Homes For Our Troops.

BG Landwermeyer has been married to his wife Marie for over 40 years and they have 4 grown children: daughter Courtney (living in Palm Bay, FL); son Thomas, married to Lauren and living in Woodbridge, VA; son Taylor, Army MI CPT, married to Brittany and assigned to FT Gordon, GA; son Mackenzie, engaged to Sophia and living in Indianapolis, IN.