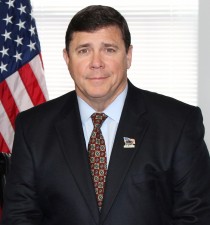 Major General USA, Ret. Timothy P. McHale was born and raised in Minnesota. In May 1977 he completed his undergraduate studies at St. John’s University Collegeville, Minnesota as a Distinguished Military Graduate with a Bachelor of Arts degree in Philosophy and was commissioned a Second Lieutenant in the Transportation Corps. During his 35 years of service, he has commanded both aviation and logistics units of every echelon from platoon to theater support command, with duty in Germany, Korea, Iraq, Afghanistan, and throughout the United States.

Major General McHale held several key staff positions on the Department of the Army Staff, The Joint Staff, US Forces Korea, Multi-National Forces-Iraq, and US Forces Afghanistan. For his operational deployments he was awarded two Bronze Stars and the Combat Action Badge. He currently is serving as the President and CEO at Knollwood a Senior Military Retirement Community, a non-profit organization that provides housing for retired military members and their families, while continuing to serve on the Board of Directors of Homes For Our Troops.

Major General McHale has been married to his wife Janice for over 37 years and they have two sons, Casey who is a Captain in the U.S. Army and serving in the 101st Airborne Division and Riley who is a Cadet at the United States Military Academy at West Point New York.