On Aug. 21, 2010, Marine Lance Corporal Anthony Yanez was on his first deployment when he became paralyzed after an improvised explosive device (IED) blast in Afghanistan. While on the fifth day of a resupply mission, LCpl Yanez was in a large convoy that had encountered difficult travel conditions requiring many stuck vehicles to be pulled from the sand. While attempting to free one such vehicle, an IED blast hit the driver’s side of his truck, causing serious injuries to LCpl Yanez.

Airlifted to the hospital at Camp Bastion, the closest base hospital, Anthony underwent emergency surgery to save his life. Later airlifted to Landstuhl, Germany, Anthony spent a week in the ICU before being stable enough for transport to Walter Reed Army Medical Center. It was there that Anthony met his four month old son for the first time. A month later, Anthony was sent to the James A. Haley Hospital in Tampa.

Anthony enjoyed basketball, weightlifting, drawing, and spending time with his family. He was most grateful to those who dedicated their time, money, and talents to help build his specially adapted home.

Homes For Our Troops extends our deepest sympathies to friends and family of Anthony, who passed away Sunday, Aug. 20, 2018. Anthony was a valued member of the HFOT Family, and we will miss him greatly. 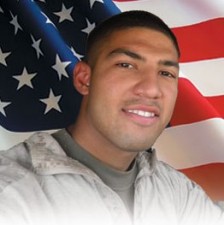