Homes For Our Troops extends our deepest sympathies to the friends and family of Marine Lance Corporal Randal Wright, who passed away Thursday, March 9, 2017, in Idaho.

Randal lost both his legs and fingers on his left hand as a result of an improvised explosive device (IED) explosion while serving in Salaam Bazaar, Afghanistan, in 2010.

Through the efforts of HFOT volunteers, donors and sponsors, Randal received the keys to his Idaho home in December 2012. He enjoyed spending time with friends and family, fishing, and anything involving the outdoors. He was also an active member of the Kuna Life Church.

Randal was a valued member of the HFOT Family, and we will miss him greatly. 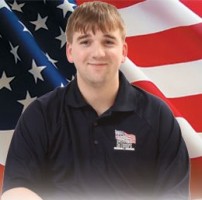