On August 6th, 2009, during his first deployment, Marine Private First Class Jesse Williamson, an Infantryman, was serving with the 2nd Battalion, 3rd Marines, when his vehicle was struck by an improvised explosive device (IED) in Bakwa, Afghanistan. The blast launched PFC Williamson out of the vehicle, causing multiple injuries.

After several surgeries to save his legs, Jesse decided to have doctors amputate both. He, his wife Stephanie, and their two daughters currently reside in southern California. 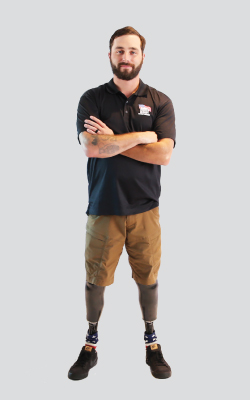