In May 2004, Army Corporal Jeffery Williams was on his first deployment when he was paralyzed from the chest down in an explosion in Iraq. While on a mission supporting the Marines, CPL Williams’ platoon was hit when an improvised explosive device (IED) slammed into the HMMWV he was riding in, killing two of his battle buddies and severely injuring him and a fellow Soldier. Transported to a local military hospital, then airlifted to Landstuhl, Germany, CPL Williams was later flown to Walter Reed Army Medical Center. He also received treatment at the Augusta VA spending a combined total of a year in the hospital.

Jeffery enjoys baseball and playing pool and he is a member of the Paralyzed Veterans of America. Since receiving his specially adapted custom home, Jeffery earned his associate’s degree in general studies from Columbia College University in 2018 and is now working on his bachelor’s degree. He is also an active member of the HFOT Family, speaking at many HFOT events across the country. “My HFOT home is not only my shelter, it is my habitat. The home is to me is what water is to a fish. I can wake up and knock out a paper for school, and jump in the shower right before class. Being able to do this is a blessing to me. The house enables me to take a full semester of classes because I’m able to focus so much time on school and not worry about anything else. Speaking at HFOT events has improved my speaking abilities,” says Jeffery.

CPL Williams appreciates all of the support he has received, stating, “God bless your hearts…even in times like these, it’s a good feeling knowing that there are great Americans out there willing to help.” 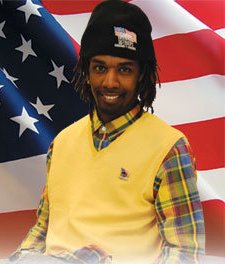