James Thorne joined the military as a last-minute decision in 2009 when he was 21, after his plans of going to music school did not work out.

On Oct. 8, 2010, Army Specialist Thorne was on his first deployment, searching for landmines with the 2nd Battalion, 502nd Infantry Regiment, 101st Airborne Division, when he stepped on an improvised explosive device (IED) in Kandahar, Afghanistan. The blast resulted in the immediate loss of his left leg and severe damage to his right leg. Doctors later amputated the right leg two years after the injury.

After arriving back in the United States, James endured 75 surgeries over a ten month period at Brooke Army Medical Center in San Antonio. His father, Michael, who is also an Army Veteran, seldom left his son’s bedside through his entire recovery. “My father was the one person who was there the entire time, he has done everything for me,” James says.

Now medically retired, James continues to be aggressive in his recovery by going to the gym at least every other day, and he is currently working on getting refitted for prosthetics. Having an affinity for the arts, James plays guitar and plans to go to school for film production.  Receiving a donated, specially adapted Homes For Our Troops home mitigates the stress of navigating an inaccessible environment, giving him more time to pursue these endeavors.

James is grateful to the support throughout his recovery from his mother, Elizabeth Bryant, and stepfather, Richard Bryant, both are retired Army Command Sergeant Majors. His mother is the one who found out about the Homes For Our Troops program. “My mother is the whole reason I received this home,” he says.

James loves to cook and enjoys hosting friends and family. An accessible kitchen with roll-under countertops and pull-down shelves makes it easier for James to prepare meals during social gatherings. Having the extra space will be beneficial for James to start and raise a family someday.

Born and raised in New Mexico, James chose to build his home in Texas.

James is grateful to HFOT’s donors and supporters for providing him with this life-changing gift. “Because of you all, it is possible for Veterans to move on and integrate into something greater.” 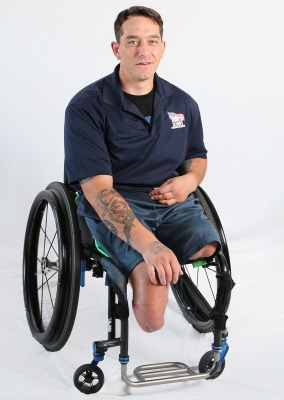