Christopher underwent weeks of surgery and months of rehabilitation at Brooke Army Medical Center in San Antonio. With aggressive physical therapy, he was able to run again in February 2015.

Now medically retired, Christopher enjoys playing sitting volleyball, reading, painting, playing guitar and spending time with his three children. He would like to return to school and learn woodworking. His previous home was situated on a hill and the features in the home such as closets and kitchen appliances were not accessible. His specially adapted custom home from Homes For Our Troops alleviates those concerns and allows him to focus on his education and hobbies, while setting him up for long-term success. With the open floorplan he is able to access every room in his wheelchair, and a roll-in shower allows him to bathe safely. He is also looking forward to doing more activities with his family.

Christopher says he is happy to have a place where he feels at peace and does not have to worry about his mobility. “I want to adequately take care of my children without hindrances. An adapted house from Homes For Our Troops helps me do that,” he says. 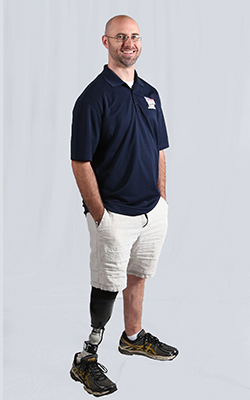