Army Sergeant Pisey Tan was severely injured during his second deployment to Iraq. On Aug. 6, 2005, while serving with the 3rd Battalion, 69th Armored Regiment, SGT Tan’s vehicle was struck by an improvised explosive device (IED). SGT Tan’s legs were eventually amputated as a result of the blast.

Homes For Our Troops built SGT Pisey a home in partnership with the McKee Group out of Philadelphia. This company and its employees worked tirelessly to make the American dream of homeownership a reality for Pisey.

Thank you to Frank and Karen McKee, who had the idea and the heart to use their resources to help this deserving Veteran, and to all the people involved who work lots of extra hours to make a miracle happen for Pisey and his family. This company has shown what a huge impact we all can make when we work together and pool our resources to help injured Veterans.

Pisey says the best thing about the home is being able to help raise his two daughters with his wife, Sieng Nai. He is now able to move about the home and do tasks like putting his children in his lap while in his wheelchair and take them to their room and put them to sleep. “Being able to be there for every part of my children’s life, even just putting them to sleep, really is life-changing,” he says. 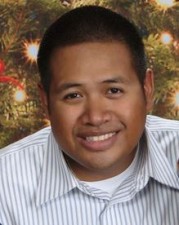