On May 1, 2012, Army SPC Marco Solt was on his first deployment as a combat engineer with the 54th Engineer Battalion in Qara Bah, Afghanistan when the vehicle his unit was riding in was hit by an improvised explosive device (IED). The blast resulted in the loss of both of his legs below the knee.

After SPC Solt’s platoon leader pulled him out of the vehicle, he was medically evacuated to Bagram and then to Landstuhl Germany. Eventually, he was brought stateside to Walter Reed Medical Center (Bethesda) where he underwent months of extensive therapies and rehabilitation.

Marco credits his wife Eugenia for the progress he made in his rehabilitation. Early on during his recovery, Marco was frustrated by the amount of meds he was required to take in order to be pain free; he also found it difficult to be dependent on hospital staff for his everyday needs.  But, says Marco, “My wife wouldn’t let me mope.”

Their specially adapted home provides a barrier-free living space where Marco’s wheelchair can move freely from room to room, especially the bathroom. A roll-in shower ensures that Marco can maintain his independence while showering and shaving, and Eugenia does not have to worry about him slipping on a wet floor on his prosthetics. Every inch of the home is fully accessible, enabling Marco to help Eugenia around the home with chores and caring for their son Devin. Marco is happy to be able to maneuver in a kitchen equipped with lowered counter tops and pull-down cabinets, features that remove the hazardous risks of “climbing” counters when Marco needs to reach something up high.

Both Marco and Eugenia are grateful for this life-changing gift, one that helps their family rebuild their lives. The home allows Marco to focus on his education and career goals, which include going to school for heating, ventilation and air conditioning (HVAC) and working fulltime in the industry. Marco and his family love having the ability to host summertime BBQs and hosting holidays in their specially adapted HFOT home. “Being able to have a home large and spacious enough to have a group of friends or family over to celebrate is what my wife and I really enjoy,” he says.

Marco and Eugenia would like to thank all of the donors and supporters who made their dream of a “forever home” a reality. “When this happened to us, I wondered, ‘How do we get back on the right track?'” says Marco. “Homes For Our Troops ensures that my family is taken care of in the future.” 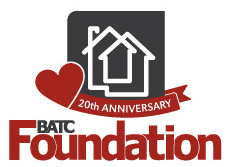