Diving has always been and continues to be a passion for Army SSG Woody Slate, and he was proud and eager to serve his country with the 86th Dive Detachment when he deployed to Iraq in February of 2004.

Throughout his deployment, SSG Slate performed a series of treacherous dives in the Euphrates and Tigris Rivers. The repeated dives and arduous work that is routinely asked of Army Divers caused numerous injuries, but the most serious one was the development of a severe case of compartment syndrome in both of his lower legs. By August of 2004, his condition had become so critical he needed to be medically evacuated to Landstuhl, Germany and then sent stateside for additional medical care.

During the next eight years, Woody endured numerous surgeries in an attempt to salvage his legs, none of which were successful. In 2012, the doctors determined that amputation of both legs was necessary and that the damage from the compartment syndrome made his legs unsalvageable.

As long and as difficult his recovery has been, SSG Slate says “I wouldn’t take one day of it back. I am proud to be an Army Diver and Soldier.” With a specially adapted custom home from HFOT, he now has full wheelchair access to all areas of his home. He especially loves the kitchen, where he is able to navigate through and retrieve items from the cabinets with ease to prepare meals.

Since Woody has received his home, all three of his children have graduated from high school and attended college. The oldest child, Lane, enlisted in the Army as a Fire Support Specialist in 2020 after graduating college. The middle child, Kyle, is in his senior year in college and the youngest child, Christy, is in her freshman year at college. Woody says, “This home from HFOT gave me the independence to be able to participate in our children’s lives through volunteering at their school, to being their football coach for six years, and I will be forever grateful for that opportunity and the opportunities in the future to serve others.” 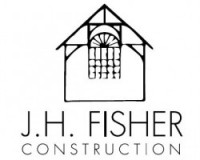