Marine Corporal Jonathan Schumacher was on his second deployment when he lost both legs and part of his left hand in an improvised explosive device (IED) blast in Helmand Province, Afghanistan on Oct. 30, 2011.

While on a dismounted patrol, Cpl Schumacher stepped on a buried IED along a tree line. Originally sent to support another squad that had identified multiple IEDs, Cpl Schumacher was the seventh Marine in a group of eight who crossed a muddy field and had come upon a second tree line while on their way to question individuals who had been seen with weapons in the area. After stepping on the buried IED, Jon did not immediately know the damage caused by the blast.

Under enemy rifle and machine gun fire, Cpl Schumacher was brought to the landing zone and airlifted to Camp Bastion where he endured the first of many surgeries. Next flown to Bagram Air Force Base he was stabilized for transfer to Landstuhl, Germany where he remained for seven days while doctors tried to control the bleeding in his lung. As his squad risked their lives while rendering lifesaving aid, he tried to assist them by verbally setting up security to prepare for the MEDEVAC. With Jon alerting his Marines to areas where he believed they would encounter additional IEDs, they rushed him to the helicopter. (It was later discovered that Cpl Schumacher was correct in his assumption of where additional IEDs were buried, no doubt saving others from harm.)

Now medically retired, Cpl Schumacher enjoys spending time with his wife, Courtney and their two sons, Ethan and Easton. Jon plays many sports including; football, snowboarding, and golf. He coaches his sons’ sports teams and has most recently been coaching baseball and football. He also plays adaptive lacrosse. Jon recently returned to college and is pursuing a business degree. Courtney is a current member of HFOT’s Veteran Action and Advisory Team (VAAT).

Jon and his family are enjoying the freedoms of their specially adapted home. The barrier-free environment allows Jon to focus on family and recovery as they all look to the future. “This home allows me to be a father, husband, and better family man. Without this specially adapted home from Homes For Our Troops, I would not be able to help my wife with the raising and daily care of our family. Thank you for helping me live more independently and as an active, involved member of my family,” he says. 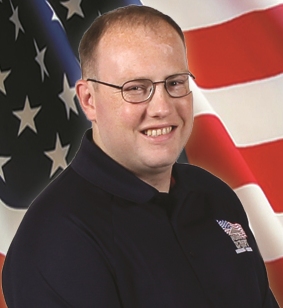