On Dec. 29, 2006, Army Staff Sergeant Juan Roldan lost both legs after an explosively formed perpetrator (EFP) explosion in Sadr City, Iraq. During the days prior to the execution of Saddam Hussein, Baghdad, Iraq, and the surrounding area were described as “Hell on Earth” by military members who were patrolling the streets; “things were out of control.”

SSG Roldan was a vehicle commander, on a patrol through Sadar City when an EFP struck the vehicle, immediately killing the driver and gunner and throwing SSG Roldan. Sustaining above the knees leg amputations, a spinal cord injury, loss of blood and a traumatic brain injury (TBI), he says he owes his life to the quick thinking crew members who saved him.

Airlifted to a local military hospital and then to Landstuhl, Germany, SSG Roldan required stabilization before being sent to Walter Reed Army Medical Center where he awoke from a coma after more than two weeks. He worked for more than three months to learn to speak again.

SSG Roldan enjoys spending time with his family, especially his daughter Bryana. He enjoys skiing, playing basketball and lifting weights. Juan’s goal is to be able to walk again and do everything in his life that at one point he thought he could not. He hopes to attend school and would like to work to help people who need assistance in the future. 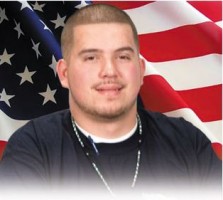