Marine Sergeant Luis Remache deployed with the 1st Battalion, 5th Marines for the third time in early 2011. While on a patrol in Sangin, Afghanistan on June 29, 2011, his unit made contact with the enemy. During the ensuing firefight, a grenade blast and small arms fire caused the traumatic amputations of both of Sgt Remache’s legs above the knees, and severe wounds to his stomach, right elbow and both hands.

Sgt Remache was medevaced to Camp Leatherneck, and subsequently airlifted to Landstuhl, Germany for further treatment. He arrived at Walter Reed National Medical Center at Bethesda shortly thereafter, and has endured nearly a dozen surgeries.

Today, Sgt Remache is active in his church, and enjoys participating in athletics, including handcycling, wheelchair basketball, and volleyball. Once he is settled, he hopes to go back to school and complete his degree. Being close to family is extremely important to Luis, and is the reason he chose to live in the New York City area.  He enjoys spending time with his wife Cynthia (a Marine Veteran), and looks forward to the birth of their first child in September.

“We are so thankful and blessed that Homes For Our Troops helped give my life back to me. This home is a place where I am not just trapped in a living space where I have to depend on others…this home gives me back my independence and I will be able to restart my life. Thank you for giving me this opportunity.” 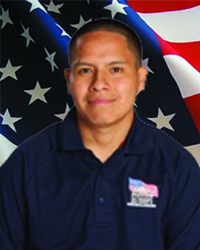 Building Partner for this project