In October 2006, Army Sergeant Jude Recendez lost both of his legs while deployed to Baghdad, Iraq. While on a routine patrol, an improvised explosive device (IED) struck the vehicle he was riding in, killing the driver instantly and spinning SGT Recendez 180 degrees. Three additional Soldiers were also severely injured but they were able to remove themselves from the vehicle.

SGT Recendez, who had sustained immediate amputations of both of his legs, was pulled from the vehicle and treated on the side of the road as he waited to be evacuated. Treated first in the local hospital, he was later airlifted to Landstuhl, Germany, and later to Walter Reed Army Medical Center where he remained for almost a year.

SGT Recendez is an active outdoorsman who enjoys mountain biking, road cycling, and kayaking. During his recovery, Jude studied pottery and fine arts. He now has his own pottery studio out of his Homes For Our Troops home in Fredericksburg, Va. His work was featured on the PBS series Crafting in America in 2014.

SGT Recendez is grateful to be living in a home adapted to his injuries. “Rather than compromising my ability to adapt to my living environment, my environment adapts to me. Thank you to Homes For Our Troops and their donors for empowering injured Service Members and showing support to individuals like me. Your support is profoundly appreciated.”

Homes For Our Troops was proud to present SGT Jude Recendez with his home on June 11, 2011. 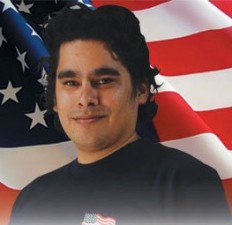