On Jan. 9, 2010, Marine Staff Sergeant Jack Pierce was on his third deployment when he became paralyzed after his vehicle drove over a 300 pound bomb in Helmand Province, Afghanistan.

The last of a six vehicle convoy on the main service road on a resupply mission, the blast tossed the vehicle 35 feet, where it came to rest on its roof. Two of the vehicle’s occupants were killed in the blast and six were severely injured. SSgt Pierce sustained multiple injuries, including a broken knee, broken ribs, scapulas, wrist, and vertebrae’s as well as a crushed spine resulting in paralysis from the chest down.

Evacuated to the local hospital, SSgt Pierce had emergency surgery to remove his spleen and part of his pancreas. Airlifted to Landstuhl, Germany, SSgt Pierce was stabilized for transport to Bethesda Medical Center in Maryland where surgery fused his spine and he began his intensive rehabilitation. Airlifted to Palo Alto, Calif., he would spend the next five months at the Palo Alto VA Rehabilitation Center.

The Pierces have returned to the San Antonio area so that Jack can continue with his treatments and therapies in his home state. Jack enjoys spending time with his wife Karen and their young son Warren, camping, welding, woodworking, and network administration.

Jack and his family received their specially adapted Homes For Our Troops home in Texas on Feb. 9, 2013. Jack can access all areas of the home in his wheelchair. He is grateful to all of the donors and volunteers who came forward to help make his life a little easier.  Since receiving the home, Jack and his family have been busy. The safety and financial freedom their HFOT home provides has allowed them to travel the country in their RV and add a pool and garage to their home. 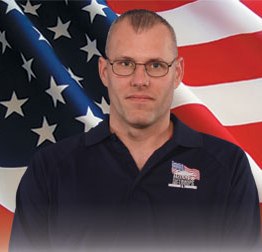