Johnny Nguyen developed an interest in the military when he joined the Junior Reserve Officers’ Training Corps (JROTC) in high school and realized the respect that came with a uniform. In 2004, he enlisted as an Infantryman in the Army after graduating from high school with a desire to see the world.

On June 25, 2009, Specialist Nguyen was on his second deployment to Iraq serving the 1st Battalion, 5th Cavalry, 2nd Brigade Combat Team, 1st Cavalry Division, when the vehicle carrying him hit an improvised explosive device (IED) in Sadr City, Iraq. SPC Nguyen lost his left leg above the knee and sustained severe damage to his right leg.

Johnny’s rehabilitation began slowly. At first, he often became frustrated navigating obstacles on crutches and using his wheelchair. Gradually, his confidence increased and he learned how to walk on a prosthetic. When he first tried one on, Johnny says it felt foreign and painful. After much patience and practice, along with the support from the staff at the Center for the Intrepid in San Antonio, Johnny was able to walk without assistance less than a year after his injury.

Now medically retired, Johnny enjoys long distance shooting and experimenting with aerial videography. Though Johnny has made significant progress in his recovery, a decade of wearing a prosthetic and coping with the challenges of a non-accessible home had taken a toll on him physically and mentally. It was frustrating for him that he could not use his wheelchair in his previous home because the hallways were too narrow and the bathroom were tight. This environment was especially worrisome for Johnny’s mother, Van, who often feared for her son’s safety. It was heartbreaking for her to watch her son struggle with routine tasks in his home when she visited.

Both Johnny and his mother are grateful and relieved Homes For Our Troops built Johnny a specially adapted custom home. Johnny now has the energy to advance his interest in videography. “On painful days when my back hurts and my body is sore, knowing I have a home where I can recharge, relax, and clear my head, I have the energy and motivation to tackle anything life throws at me,” Johnny says.

Originally from California, Johnny chose to build his home in Texas for its proximity to healthcare and Veteran-friendly community.

Johnny wants HFOT’s donors and supporters to know receiving a donated, specially adapted custom home is life-changing. “The words ‘thank you’ don’t seem to be enough when I think of the impact HFOT’s donors have left on the Veteran community. I appreciate that we are still in your hearts and minds.” 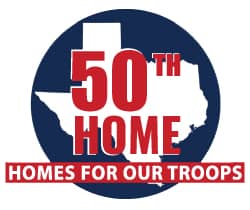 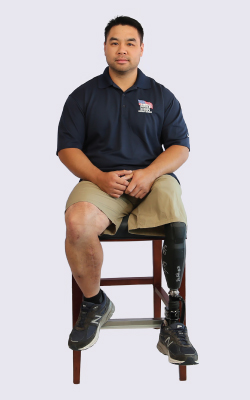