While on an early morning mission on Christmas Eve, the tank Matt Parker was riding in rolled over a pressure plate IED resulting in the traumatic amputations of both of his legs above the knee. Knocked unconscious by the blast, he was aided by his comrades who risked their lives to save his. Medically evacuated by helicopter, SGT Parker was treated at the hospital in Balad before being transported to Landstuhl, Germany. He awoke at Walter Reed Army Medical Center four days later, unaware that his injuries would require that he remain there for sixteen months, enduring more than a dozen surgeries before he could medically retire and move to Elizabeth, Colorado. SGT Parker enjoys spending time with his wife, Nina and their young daughter.

Since receiving their specially adapted custom home in 2014, Matt and Nina have advanced their education. They both earned bachelor’s degrees at Colorado State University, Matt in construction management and Nina in psychology. Matt is now pursuing his MBA with an emphasis in real estate at the University of Denver while also working for Turner Construction in Denver. Matt is a life member of the VFW and enjoys playing guitar, lifting weights, hunting, and reading books about history.

SGT Parker would like to thank everyone who has supported Homes For Our Troops in any way. “This home gives me back the freedom to move around my own home without needing to confront any obstacles, such as narrow doorways or stairs. It provides me and my family with a place to call home… a place to make memories… a place for our future.” 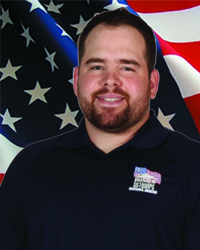