Marine Sergeant Jordan Maynard was on his second deployment when he lost both of his legs and injured his left elbow in an improvised explosive device (IED) blast in Nawa, Afghanistan on March 23, 2011.

The Squad Leader on a foot patrol with the 2nd Battalion, 3rd Marines, Sgt Maynard stepped on an IED resulting in injuries so severe, both of his legs required amputations above the knee. Conscious throughout the ordeal and giving lifesaving instructions to his teammates, Sgt Maynard was prepared for transport. Medically evacuated by helicopter, Jordan went into cardiac arrest numerous times, while enroute, requiring the medical crew to perform a resuscitative thoracotomy (the manual pumping of his heart by hand).

Treated at the field hospital in Deleram, Afghanistan, Sgt Maynard was next transported to Landstuhl, Germany before arriving at Bethesda Naval Medical Center where he remained for a month enduring surgeries and rehabilitation before being transferred to Balboa Naval Medical Center in San Diego.

Since his Key Ceremony in early 2014, Sgt Maynard has been enjoying his time at home with his wife Jennifer and their young son. He has also been able to do a great deal of hunting.

Jordan says he is extremely grateful to be given this home and the opportunity to be an involved and active parent. “I really appreciate our home because it gives me and my family the time and the freedom to do as we please,” he says. 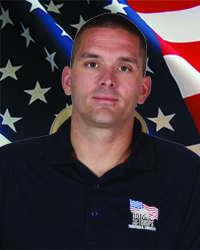