On May 19, 2013, during his first deployment, Lance Corporal Duncan Mathis, a Marine infantryman, was serving with the 2nd Battalion, 2nd Marines when he fell 83 feet through a non-explosive booby trap into a well during a raid in Helmand Province, Afghanistan.

Mattie sustained several injuries from the fall including multiple broken bones throughout his body, and a traumatic brain injury (TBI). After two years of surgeries and rehabilitation, Mattie decided to have doctors amputate his left leg below the knee. 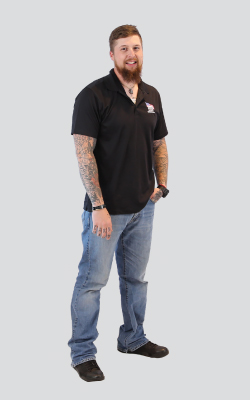