Army Specialist Jacob Lyerla served as a combat engineer with the 4th Engineer Battalion. He first deployed to Iraq in February 2009, supporting the 555th Engineer Brigade. In May 2009, he deployed from Iraq to Afghanistan.

On Sept. 21, 2009, SPC Lyerla was severely injured when he was thrown from the turret of his vehicle during an enemy attack in Kandahar, Afghanistan. While driving past a bus station and following up on suspicious activity, members of the 4th Engineers unit were hit by an improvised explosive device (IED). The subsequent blast ejected SPC Lyerla, causing multiple injuries to his right leg and paralyzing him from the waist down upon impact. SPC Lyerla was just 19 at the time of his injury.

Now medically retired, Jacob continues to focus on his recovery. He is grateful to be living on his own in his specially adapted home, where is able to cook more in a spacious kitchen modified to his needs.

Since moving into his home, Jacob has gotten married to his wife Ashley and they became parents to a baby girl in April 2020. He enjoys relaxing at home with his two dogs Mia and Kitty, watching his fish tank, reading, and playing video games. He is currently exploring career options and his future plans include attending college. 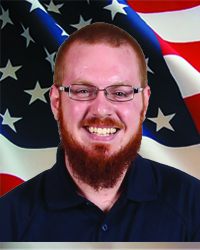