On January 2, 2004, during his first deployment, Army Sergeant Christopher Leverkuhn, a petroleum supply specialist, was serving with the 209th Quartermaster Company, United States Army Reserve when his vehicle was hit by an improvised explosive device (IED) in Ramadi, Iraq. SGT Leverkuhn lost his right leg below the knee and sustained other injuries in the blast. Chris and his wife Brooke plan to remain in Kerrville, Texas, with their four children. 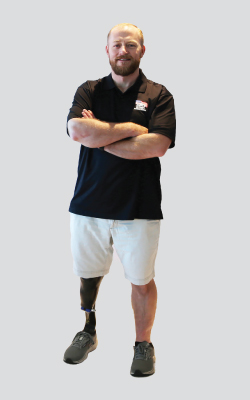