Marine Sgt Adam Kisielewski lost his left arm at the shoulder and his right leg below the knee when an improvised explosive device (IED) detonated as a trigger-wired door was opened while looking for insurgents near Fallujah, Iraq, in August 2005.

Receiving intelligence that insurgents had returned to an unoccupied school that had earlier been used to attack troops in the area, Sgt Kisielewski and a fellow Marine were clearing the school, room by room, when arriving in the stairwell to the roof they came upon a closed door. The triggered door activated an IED upon opening, severely injuring Sgt Kisielewski and killing his comrade.

Treated first at a local hospital, Sgt Kisielewski was airlifted to Landstuhl, Germany before being transported to Bethesda Medical Center and later transferred to Walter Reed where he spent 15 months recovering.

Now medically retired, Adam enjoys spending time with his wife, Carrie and their son, Evan. He also enjoys traveling, scuba diving, fishing, and golf. An active volunteer who assists military members and their families, Adam knows how important a support system can be to those facing the effects of the deployment cycle and the issues faced upon returning home severely injured.

Adam would like to thank those who support Homes For Our Troops through donations of time, labor, material, and monetary donations. “Thank you! Without all of your support, none of what HFOT does would be possible. The support that my family and I have been given will never be forgotten,” he says.

Homes For Our Troops was proud to turn over the keys to this house to Adam and his family, on July 16, 2011. Since then, Adam has been able to accomplish many of his goals and dreams. He obtained his bachelor’s degree in criminal justice and theology from Mount St. Mary’s and his master’s degree in policy at Georgetown University. He has become an instrument-rated pilot and is working toward his multiengine certification. He pays it forward for other Veterans as a member of HFOT’s Board of Directors, starting up HFOT’s Veteran Action and Advisory Team (VAAT), and often speaking at HFOT events. He also sits on the advisory board for Able Flight. Currently, he works full-time as the President of NPLB Outdoors – a 501(c)3 organization that helps wounded, injured and ill Veterans through a variety of outdoor activities and outings.

Most importantly, the home has improved Adam’s family life. “Since moving into my home, I have been able to actively take part in raising my son in ways I could not have possibly done without the home,” he says. 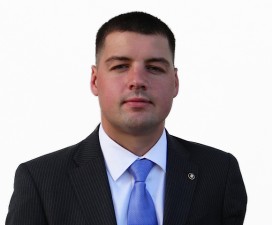