On Oct. 3, 2009, during his second deployment, Marine Private First Class Joshua Kelly, an Infantryman, was on patrol with the 2nd Battalion, 3rd Marines, when his vehicle drove over an improvised explosive device (IED) in Gulistan, Afghanistan. PFC Kelly sustained damage to both legs in the blast.

After over five years of attempted limb salvage, Joshua made the decision to have doctors amputate his left leg. Josh currently guides fishing and hunting trips in Colorado. 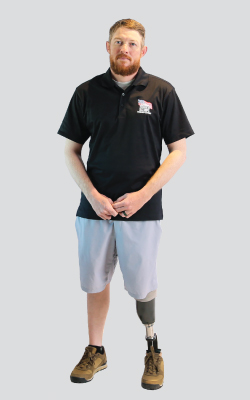