Army Corporal Johnathan Jackson was on his first deployment when he lost his left leg at the hip after an undetermined toxin poisoning to his system in Bagram, Afghanistan on June 10, 2009.

After completing an overnight duty, CPL Jackson returned to his room and sat on his bed to unwind while playing with a gaming system. This is the last memory he has before waking in a stateside hospital two weeks later. After not reporting to his duty station the following day, CPL Jackson was found by his battle buddies, unconscious, seated on his bed with his legs folded up underneath him, his left elbow cutting off the blood supply to his femoral artery in his left leg. With a faint pulse, and failing liver and kidneys, CPL Jackson was airlifted to Landstuhl, Germany where he was placed on dialysis.

Four days later, airlifted to Walter Reed Army Medical Center where he spent more than two weeks in the ICU receiving multiple blood transfusions, kidney and liver dialysis. His left leg amputated at the hip due to lack of blood flow and muscle damage, CPL Jackson would spend three years recovering at Walter Reed Medical Center, with no explanation as to why his injury occurred. Poisoning was suspected and investigated but never determined.

CPL Jackson has been forced to accept that he may never know what caused his life to change so drastically. Spending most of his time in a wheelchair, and sustaining nerve damage in his lower back, John is focusing on his rehabilitation and future.

CPL Jackson enjoys fishing, wheelchair basketball, sit volleyball, swimming, making music, and exploring nature trails. He is active in his church and participates in a Bible Study group. He especially likes spending time with his two young daughters. John is looking forward to enrolling in school and studying business management. He hopes to one day work as a civilian contractor with the Department of Defense.

Johnathan is grateful to HFOT’s donors and supporters who contributed to the building of his home. “I now can picture my future getting better and better. To receive a specially adapted home where I can raise my family takes a huge weight off of my shoulders. Knowing we have a safe environment to live together helps me focus on my recovery and the future. Thank you.” 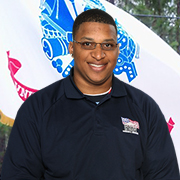