On June 16, 2007, Marine Corporal Raymond D. Hennagir III was on his second deployment serving as a combat engineer with the 2nd Combat Engineer Battalion attached to the 2nd Battalion, 7th Marines, in Zaidon, Iraq, when he was severely injured in an improvised explosive device (IED) explosion. The blast resulted in the loss of both his legs and several fingers on his left hand.

Raymond underwent more than 50 surgeries within two months before learning how to walk on prosthetics.

Now medically retired, Raymond spends much of his time on the basketball court. He plays wheelchair basketball and coaches a local youth team. He also volunteers at Wright State University’s adaptive recreation program. He would like to get back into woodworking, but lacks space in his current living situation. A specially adapted custom Homes For Our Troops home will provide Raymond with ample space for his wheelchair, giving him room to have his own workshop. Additionally, the home’s automatic doors and accessible kitchen will allow Raymond to easily carry in groceries and prepare meals.

Without having the daily stress of navigating a non-adapted home, Raymond will have more time and energy to put into his future plans. He is currently going to school for video production and audio engineering. He hopes to form his own record label and make videos for local artists. He won the silver medal with the U.S. Wheelchair Rugby Team at the 2020 Paralympic Games in Toyko in August 2021.

Originally from New Jersey, Raymond is choosing to build his home in Texas.

Raymond says he is extremely grateful to HFOT’s donors and supporters who will contribute to the building of his home. “It is support like this that truly shows that the American people have not forgotten our wounded Servicemen and women,” he says. 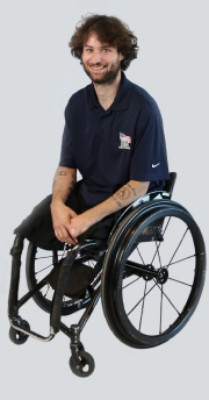