Army Sergeant First Class Sean Gittens became paralyzed and unable to speak or communicate as a result of a battle-related traumatic brain injury (TBI). SFC Gittens served as an artilleryman with the 101st and 3rd Infantry Divisions. Deployed for the third time during his military career, SFC Gittens sustained multiple concussive traumas throughout his year-long deployment to Iraq from April 2007 to April 2008.

Upon returning home, SFC Gittens started experiencing headaches and other head-injury related symptoms before having a brain aneurysm and a subsequent stroke which left him paralyzed and non-communicative.

Treated at multiple hospitals, both military and civilian, SFC Gittens now receives care from trained medical personnel in his home. SFC Gittens and his wife Sharon have four children and they enjoy spending time together as a family. Prior to his injuries Sean enjoyed basketball, swimming and music. He also loved playing games with his family.

The video monitoring system in their HFOT home gives Sharon relief that Sean is safe when she is not there. Having this peace of mind has enabled her to continue her education and career. In 2018, Sharon graduated from Helms College as the Salutatorian of her class and she is now pursuing an associate’s degree in culinary arts. She plans on expanding her family-run business, Jamaica Way Café, into a bigger restaurant. “It feels really good to go back to school, it’s something I’ve always wanted to do. Thank you to everyone who contributed to our HFOT home and made it possible,” she says.

Sharon says the entire family enjoys including Sean in their activities whenever possible, and continues to participate in the things together that he enjoyed before his injury. She is grateful to be living in a home adapted to Sean’s injuries. “Thank you for all that you do to support our men and women who risk their lives for our freedom. The assistance of receiving a specially adapted home from Homes For Our Troops eliminates many of our daily challenges and gives Sean the freedom to have access to his entire home…he is able to interact more with our family.” 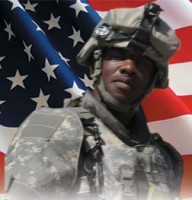