Elliott Smith was just out of high school when the 9/11 attacks happened. He thought of his grandfathers who served in World War II and Korea; he realized he was meant to do the same. He joined the Army as an Infantryman, and went on his first deployment to Iraq in December 2004.

On May 8, 2005, Army Specialist Smith was manning a checkpoint with the 155th Brigade Combat Team and 1st Cavalry Division, in An Najaf, Iraq, when he was pinned against a wall by an M1 Abrams battle tank, resulting in the loss of his right leg.

Once transferred back to the United States, Elliott quickly began physical therapy at Walter Reed Medical Center. After eight months of hard work, Elliott reached his goal of walking on a prosthetic without a cane.

In the years following his injury, Elliott battled PTSD and addiction. After reaching his lowest point and getting into a car accident, he realized that the only way for him to recover was to give back. He immersed himself in getting involved in several nonprofits. He volunteered with POE in Action, an organization that offers assistance to homeless Veterans; Amputee Blade Runners, a nonprofit that provides free running prosthetics for amputees; and Ahero, a group that connects Veterans through many different activities. Elliott also strived to help others in his professional life. He earned a degree in exercise science from the University of West Florida and was working toward a master’s degree in orthotics and prosthetics, with the goal to help other amputees, specifically children. An aspiring writer, Elliott was working on a book about the Veterans he met while recovering at Walter Reed.

Homes For Our Troops extends its deepest sympathies to the family and friends of Army Specialist Elliott Smith, who passed away the evening of July 30, 2021. He was a valued member of the HFOT Family, and was an engaging friend who was focused on serving others. We will miss him greatly. 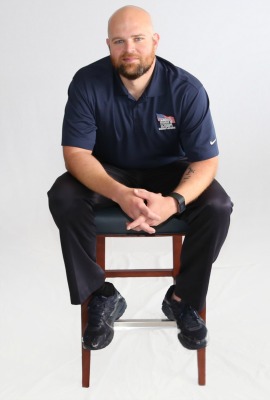