Marine Lance Corporal Timothy Dobos joined the service shortly after high school, driven by the desire to serve his country. He was an electronic warfare analyst with the 2nd Radio Battalion in 2008, and deployed to Kuwait in 2009 with the 22nd Marine Expeditionary Unit. He also assisted in relief efforts after the 2010 earthquake in Haiti.

Following his honorable discharge in 2012, Timothy began working on his degree in applied physics with a concentration in nanotechnology at Lock Haven University. He and his wife, Robyn, had their first child, Grove, the following year, which is when Timothy started experiencing weakness in his arms and legs. In April 2014, he was diagnosed with amyotrophic lateral sclerosis (ALS), also known as Lou Gehrig’s disease. ALS is a progressive degenerative disease, and has no cure. The VA determined that Timothy’s disease is service connected.

Since his diagnosis, Timothy has experienced continued weakening of his limbs and uses a power chair most of the time. He also had surgery to add a feeding tube, since doctors expect that he will eventually lose his ability to swallow.

Timothy and Robyn received their Homes For Our Troops home in August 2016. The home greatly enhances their quality of life. Since the home has complete wheelchair access, Timothy is able to move freely and interact with family members throughout the entire home. The adapted features such as roll- in shower and roll-under sinks help with his morning routine. A key feature of the home is the special track-lift system, since lifting Timothy in and out of his power chair previously caused much strain on Robyn’s back.

With the burden of a monthly mortgage removed, Timothy was able to focus on furthering his education. In May 2018, he graduated from Lock Haven University with a degree in applied physics. The home is also spacious enough to accommodate Timothy’s growing family. He and Robyn’s second son, Ezekiel, was born in May 2016, and their third son, Leonidas, was born in January 2019.

Timothy and Robyn chose to build their home in Pennsylvania, where they have built a strong support network through their church and Lock Haven University.

Timothy is appreciative of those who contributed to the building of his specially adapted home. “Thank you very much for supporting the men and women who served our country. Thank you specifically for helping me; your gift will surely change my life,” he says. 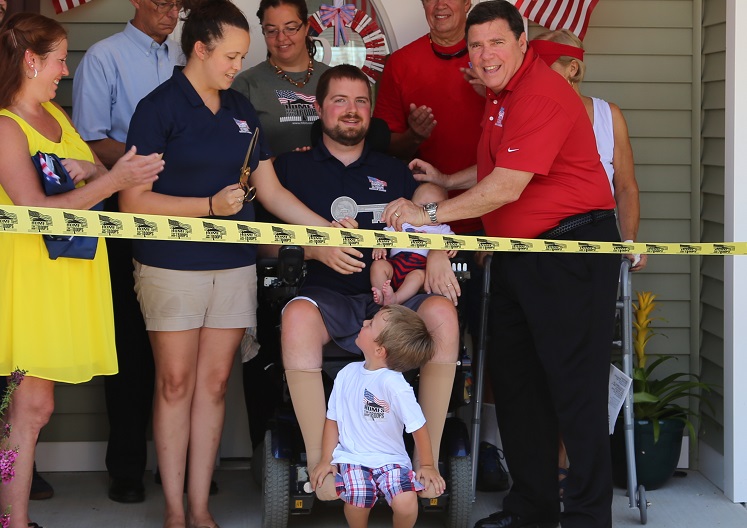 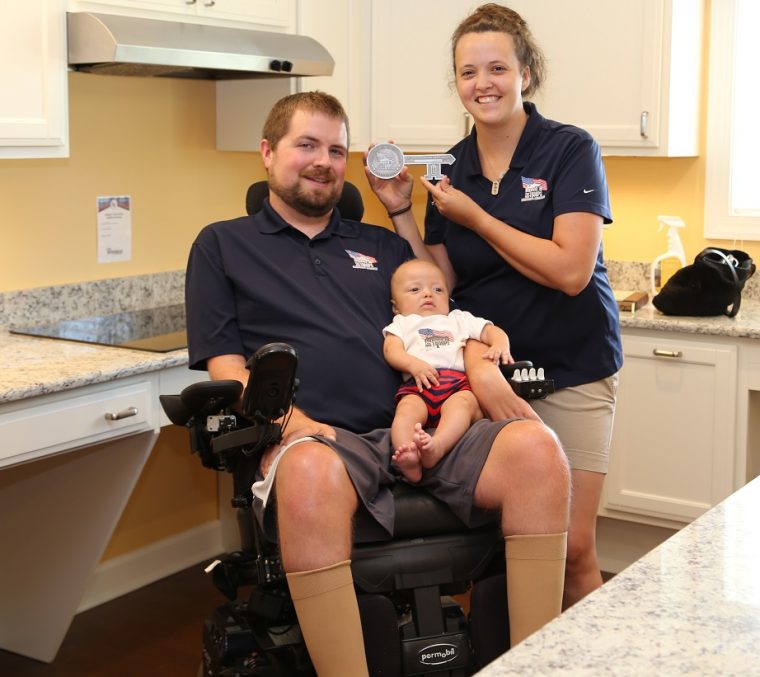 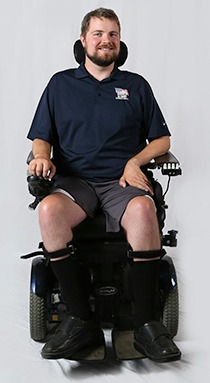