While on his first deployment on the night of July 22, 2003 in Khalidiyah, Iraq, Army Staff Sergeant Matthew DeWitt and members of the 4th Battalion, 64th Armor Regiment, 3 ID came under enemy attack and exchanged heavy fire. In the ensuing fight as SSG DeWitt was positioning to take down a suspected enemy’s house, his weapon was struck by a rocket propelled grenade (RPG).

The explosion left SSG DeWitt with devastating injuries resulting in the amputation of both arms below the elbow, damage to his eardrums and extensive skin grafts to his face, legs and arms. Following the attack, SSG DeWitt was medically evacuated to Landstuhl, Germany and later transported to Walter Reed Medical Center.

A former cavalry scout, the father of three young boys enjoys cycling, mountain biking, hunting, and spending time with his family. An avid gardener, SSG DeWitt would like to start a farm or open a nursery business. He rides with the Phoenix Patriot Foundation Cycling Program, which is devoted to providing wounded Veterans the resources they need to achieve their cycling dreams and goals. As part of the group, he motivates and inspires other Veterans by providing them the equipment, guidance, coaching, and infrastructure to catalyze their journey.

Matt and his wife Cat were presented the keys to their new HFOT specially adapted home in Hopkinton N.H. on Nov. 8, 2014. The construction and landscaping on the DeWitt’s home-build project was highlighted in three episodes on TV’s This Old House program, which aired on TV in spring 2015. Says Matt, “Having a house that is built around my needs so I can have an easier time doing day-to-day things helps ease some of the stress and frustration that comes from having a severe disability for me and my family.”

Matt and Cat would like to acknowledge and thank supporters of Homes For Our Troops for contributing to make their “forever home” possible. 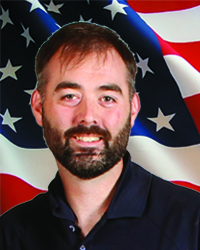