Having previously served in Afghanistan, Army SGT Steven Curry was on his second combat tour in November of 2006 in Iraq, when the vehicle he was riding in with the 2nd Battalion, 35th Infantry Regiment (Cacti), 25th Infantry Division was struck by four explosively formed penetrators (EFPs). The unit was on an escort mission with the Air Force EOD (explosive ordnance disposal) team. As a result of the blast, SGT Curry sustained a traumatic brain injury (TBI) from the explosion and the eventual amputation of his left leg below the knee.

Now medically retired, Steven enjoys cycling and mountain biking, shooting, and cheering on his daughter at swim meets. He’s also a classic cars fanatic and enjoys rebuilding anything that he can take apart. Previously, he lived in a home where he had to negotiate stairs frequently, and was forced to wear his prosthetic leg for over 18 hours a day because the home was not wheelchair accessible. Additionally, he often worried about how he would evacuate his two children, McKenna and Charli, safely and quickly in the event of an emergency.

The specially adapted home with single-floor living that he received from Homes For Our Troops alleviates those worries and many others. Among the features that Steven is most grateful to have is a wheelchair accessible shower. “The days of jumping and swinging into and out of the shower are over,” he says.

He is also able to help his wife Samantha around the house, too. “I am able to help cook, clean, and take care of my children all from the safety of my wheelchair.”

Of all the freedoms Steven is most grateful to have in his new home is the freedom to move on in life. Steve recently completed his associate’s degree and is working in the IT section for his company. In May 2019, Steven earned his pilot’s license and in March 2020 he received his commercial license. He is also previously served as president of HFOT’s Veteran Action and Advisory (VAAT) Committee. Samantha is now teaching fourth grade. Steve is interested in serving others in his community and pay it forward all the blessings he has been given in the past few years.

Steven would like to thank those who support HFOT and his specially adapted home project. “The support that you provide to Homes For Our Troops, whether it is money, resources, or time, provides a life-changing opportunity for hundreds of severely wounded Veterans around the United States.” 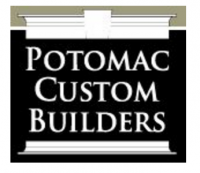