On July 3, 2011, Marine Corporal Carlos Torres was an Infantryman with the 3-2 Marines, serving as a scout supporting the 1st Tank Battalion on his first deployment when he lost both legs and sustained extensive damage to his left elbow when he stepped on an improvised explosive device (IED) in Helmand Province, Afghanistan. Cpl Torres had spoken to his mother only the night before, telling her that he was fine and would be home in a few weeks.

The next morning, however, after talking with locals and walking back from a compound, Cpl Torres was thrown to the ground and awoke to a feeling of intense pressure. He then recalls his fellow Marines taking up security around him in a 360 formation; looking down at his feet, he eventually surmised that he had stepped on an IED. As Cpl Torres yelled for help, he looked to see a tearful and emotional Corpsman running to his aid.

He was then transferred to Camp Eddie, whereupon his last memory is of being placed on a table, and a doctor telling him that he was going to put him to sleep.

Despite his injuries, Carlos has resumed an active lifestyle and enjoys surfing, SCUBA diving, fishing, cycling, mono-skiing, running, and playing wheelchair basketball and tennis. In October of 2013, he completed the Marine Corps Marathon 10K, and he’d like to run a full marathon some day. He is currently working on his bachelor’s degree in business in economics. He enjoys mountain climbing and says the rigorous workouts causes him to use his wheelchair more while at home. This makes him appreciative of having a home adapted to his needs where he can rest comfortably. In February 2018, Carlos completed an outdoor adventure in South America with The Heroes Project, where he is cycled 1,200 miles across the Andes and climbed the tallest volcano in the world.

Cpl Torres is grateful to everyone who contributed to the building of his specially adapted home. “Receiving help from Homes For Our Troops is a blessing and allows for better living conditions,” he says. “Thank you for the freedom this home represents.” 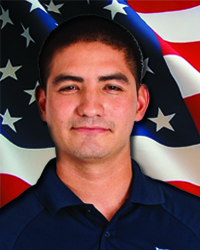