Chris Chatwin began his military career with the Marines to be a part of something bigger and to gain the structure and stability that he did not get in school. After eight years with the Marines, he took a break from the military. He soon realized he was meant to serve, and joined the Army as an Infantryman.

Chris went on five combat deployments to Iraq and Afghanistan. Over the course of his deployments, he sustained a traumatic brain injury (TBI). In 2012, Chris was diagnosed with neuro, cardio, pulmonary, and orthopedic sarcoidosis caused from the extended exposure to burn pits during his deployments to Iraq and Afghanistan. The condition causes bi-lateral leg limb salvage, left arm and hand limb salvage, hemi-paralysis, and internal injuries. This incurable disease affects the cells in organs throughout the body. He underwent therapies for several months at the VA Hospital in Indianapolis.

Now medically retired, Chris enjoys spending time with his wife, Katie, and their three children Miles, Marlowe, and Maxwell. Despite Chris’ health challenges,he lives life to the fullest and loves watching his oldest son create art, adapted snow sports, camping with his family, volunteering, and fishing. The one-story, open floor plan and the other special adaptations that a specially adapted custom home provides will alleviate his family’s concerns for his safety.

Originally from Utah, Chris is choosing to build his home in Oregon for the welcoming Veteran community, school system, and the scenic nature of the state.

Chris is thankful to HFOT donors and supporters and says receiving a specially adapted custom home from Homes For Our Troops is an opportunity for stability and freedom for himself and his family. “It will open a whole new world up as I will feel safe at home and it will enable our lives to be lived. Thank you for this life-changing gift of opportunity and fulfillment.” 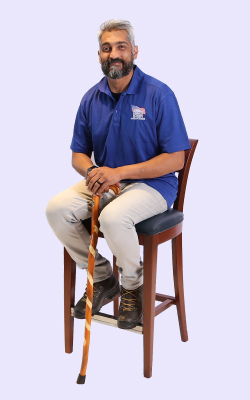