On Nov. 9, 2007, during his second combat deployment, Army Staff Sergeant Conrad Calderon, a Cavalry Scout, was on the way to a field support mission with the 1/23rd Cavalry, 1st Brigade, 101st Airborne Division, when the vehicle carrying him drove over a double-stacked anti-tank mine in Kir Kush, Iraq. SSG Calderon lost his right leg below the knee and sustained severe damage to his left limb in the blast. 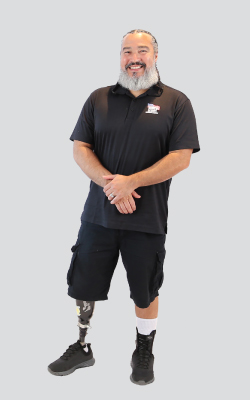