On July 24, 2011, Marine Staff Sergeant Bradley Lang was on his third deployment when he lost both of his legs above the knees and fractured his pelvis when he stepped on an improvised explosive device (IED) in Sangin, Afghanistan.

While on a mission with the 2nd Explosive Ordnance Disposal Company to safely dispose of IEDs at a location where insurgents had been seen burying bombs, SSgt Lang, an EOD Technician, stepped on an unidentified pressure-plate mechanism after identifying and rendering safe two bombs in the same area.

SSgt Lang sustained the traumatic amputation of both legs and a fractured pelvis in the explosion. The sounds of the blast were deafening, leaving Brad unable to hear. Never losing consciousness and reading the lips of his fellow Marines, SSgt Lang was able to use his EOD training to direct his team to safely remove him from the blast site while they performed life-saving measures and prepared him for medical transport.

As the MEDEVAC came under fire from insurgents when flying out of the hostile area, SSgt Lang was kept informed about what was happening by the flight crew. Airlifted to Camp Bastion, Brad underwent emergency surgery before being stabilized for transport to Landstuhl, Germany, where he endured more surgeries prior to being transferred stateside. The next four weeks were somewhat of a blur until SSgt Lang awoke to find himself in a hospital bed in Bethesda, Maryland, and his family by his side.

Brad relishes the time spent with his wife Alyssa and their sons David and Abraham. He and Alyssa are the owners of Stumpies, a business that sells, fixes, and customizes adaptive weapons. A lifetime member of the Veterans of Foreign Wars and the Sigma Chi Fraternity, Brad is an active member in his local church as well. He enjoys winter sports including sled hockey and mono-skiing and aspires to join the U.S. Paralympic Mono-Ski Team.

Having completed his associate’s degree, Brad plans to pursue a bachelor’s degree in Homeland Security and hopes to complete internships with Federal Agencies during his rehabilitation. SSgt Lang says, “Joining the Marine Corps and becoming an EOD Technician was about more than ensuring freedom. It was about protecting my son, your children, and the children of the future so that they are kept from making the sacrifices so many others have made…sacrifices of both life and limb. Receiving a home from Homes For Our Troops not only gives me and my family an accessible place to live, it gives me the ability to be independent in my own home and for our family to have security for a lifetime. Thank you for this amazing opportunity.” 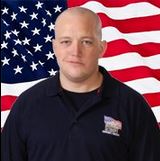