Timothy Birckhead enlisted in the Navy shortly after graduating from the Bodine High School for International Affairs in Philadelphia in 2000.  After serving three years and sailing overseas on the USS Iwo Jima as an air-launched weapons technician, Navy PO2 Birckhead knew he had found a career he loved, and extended his tour of duty.

During his second tour in 2006, Timothy began experiencing pain and weakness in his legs, making walking and running difficult. After consulting with the Navy’s medical unit and weeks of physical therapy, he found no relief or improvement. As a former athlete in high school and a runner on the track team, PO2 Birckhead knew that his health was failing when he was not able to pass the Navy’s physical readiness test. Sadly, in October 2007, Timothy was forced to separate from the Navy, relinquishing the job and teammates he had come to love so much over his seven years of service.

In October 2009, two years after Timothy’s military separation, doctors eventually diagnosed him with Hereditary Neuropathy with Liability to Pressure Palsies (HNPP), a condition that affects the sensory and motor nerves. Tim’s case was progressive, and he experienced increasing weakness and atrophy in his limbs.

Timothy lived with his mother, Gloria, his primary caretaker, in his specially adapted Homes For Our Troops home. Although Gloria says it was heartbreaking to watch Tim’s health decline, she says her son inspired her every day with his positive attitude and perseverance. “This home gave Tim quality of life beyond measure,” says Gloria. “It was a blessing for him to do things on his own and set goals.”

The home Tim previously lived in presented several challenges, stairs being the most difficult. Tim described the feeling of entering and exiting his former home’s stairs similar to that of stage fright; he said having automatic doors and a level doorway removed this worry and empowered him to go outdoors more often. His home from HFOT enabled him to have full mobility in his wheelchair, which he used most of the day. Above all, Tim was happy to have more space in his home to play board games, watch TV and play video games with his daughter Tamyja.

Tim and Gloria chose to live in Mullica Hill, N.J., to stay close to family and the network of support they had at the Bible Way Baptist Church. Together, they relied on faith and prayer to overcome their everyday challenges, and say they had a renewed sense of gratitude in life since being welcomed into the Homes For Our Troops family. They say the support they received was humbling, and reminded them that America has not forgotten the men and women who have stepped up to serve their country.

“Your gift of love is one that will last a lifetime,” said Tim. “May you know the joy you have given to so many. You are our angels that continue to watch over us – thanks for caring and loving us.”

Homes For Our Troops extends its deepest sympathies to the family and friends of Navy PO2 Timothy Birckhead, who passed away on Saturday, August 1, 2020, after battling the neurological illness caused by his service in the Middle East. Timothy was an important member of the HFOT Family. Despite the progressive nature of his illness, he always had a smile on his face. His overwhelmingly positive attitude could not help but do the same for anyone who met him.  We will miss him greatly. 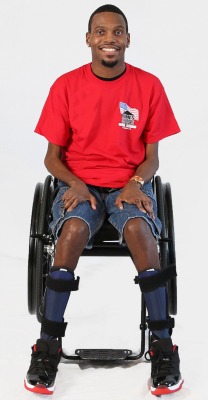