On May 13, 2008, Army Specialist Steven Baskis, an Infantryman, was on a patrol as part of the personal security detachment for division leadership with Delta Company, Special Troops Battalion, 4th Infantry Division in Baghdad, Iraq, when an explosively formed penetrator (EFP) detonated next to his vehicle. The blast resulted in the complete loss of his vision, Traumatic Brain Injury (TBI) and nerve damage to his left arm. The explosion also killed his teammate and friend, Staff Sergeant Victor Cota, who was sitting next to him in the vehicle.

Steven has not let his injuries prevent him from living life to the fullest. He spends much of his time outdoors – mountaineering, skiing, cycling, and kayaking. He also plays the drums, guitar and other instruments. He is highly involved with the Blind Endeavors Foundation, an organization he started. “Blindness is a lifelong challenge. Stare into the darkness and you will never find your way, but if you explore through the darkness, you’re bound to stumble upon a great adventure,” he says.

Although Steven has conquered climbing some of the highest mountains in the country, living in a home without adaptations posed even greater challenges. Before receiving his HFOT home, he was not been able to live alone and had moved several times with friends and family.

A home adapted to his needs enables Steven to live independently. He is able to answer the door safely by using an intercom system, and he also has accessible appliances. The open floor plan and automatic doors make it easier for him to navigate his way around the home.

Steven has aspirations to serve the country again in the biathlon at the Paralympics in the future. A specially adapted custom home provides him a foundation and stability, enabling him to focus on his sports training.

Originally from Illinois, Steven chose to build his home in Colorado to be close to the mountains, which he can climb more frequently. In January 2020, Steven climbed Aconcagua, the tallest mountain in the western and southern hemispheres. In the spring of 2020, Steven began a bachelor’s program through Berklee College of Music studying percussion and music production. He has set up a music studio in his HFOT home and also hosts his own podcast.

Steven says after war and going through a traumatic experience, he sometimes feels lost but organizations like HFOT provide him with hope. “This organization and its faithful donors change lives every year. It is because of you I can enjoy life more completely. A home is a foundation and corner stone from which dreams and adventures can spring,” he says. 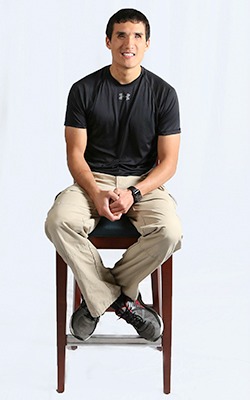