Phillip Baldwin enlisted in the Marines one week after high school, and first served in Okinawa. After 18 months, he returned to 1st Battalion, 5th Marines at Camp Pendleton, and deployed with them to Helmand Province, Afghanistan.

On June 18, 2011, Corporal Baldwin was on his first deployment when he lost both legs and sustained injury to his left hand and right hip in an improvised explosive device (IED) blast. While on a security patrol in Kajaki, Afghanistan with the 1st Battalion, 5th Marines, Cpl Baldwin stepped on a pressure-plate IED, causing the traumatic amputation of both legs, severe internal injuries and 80 percent hearing loss.

After the explosion, a medic jumped into action and tied tourniquets on both legs immediately and loaded Cpl Baldwin for transport by Blackhawk evacuation, where he focused on his breathing and trying to remain conscious.  Cpl Baldwin was treated at Camp Bastion and transported to Landstuhl, Germany. He was then transferred to Walter Reed National Military Medical Center in Bethesda and later to Balboa Naval Hospital in San Diego where he underwent extensive rehabilitation therapies for nearly two years. Cpl Baldwin’s brother, Bruce, has stayed with Phillip during his recovery. Both of Cpl Baldwin’s brothers Alan and Bruce also serve in the Marines.

Cpl Baldwin continues to be actively engaged in his community and often speaks at local elementary schools. In his spare time Phillip enjoys hunting, shooting, fishing and camping. He is grateful to have the freedom a mortgage-free and specially adapted home and enjoys spending quality time at home with his son and two daughters. As a proud Marine Phillip says he has learned to adapt and overcome much in his life; he is grateful to Homes For Our Troops for ensuring that he no longer has to face challenges in his living spaces at home. 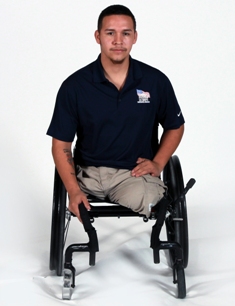