Marine Staff Sergeant Jeremy Austin was on his fifth deployment when he lost both of his legs in an improvised explosive device (IED) blast in Afghanistan in April 2009. Attacked while riding in a convoy that was returning from a patrol in Helmand Province, the floorboards of the up-armored vehicle mangled SSgt Austin’s legs, fracturing his pelvis, elbow, ribs, wrist and nose.

Unconscious and trapped in the vehicle, his fellow Marines saved his life, applying tourniquets and helping to prepare him for medevac to a British field hospital, where his legs were amputated. Transported to Landstuhl, Germany, SSgt Austin was next brought state-side where he endured three corrective surgeries at Bethesda Naval Medical Center.

A North Carolina native, Jeremy decided to move to Virginia to be closer to his family. An avid outdoorsman, Jeremy enjoys hunting, fishing, and riding four-wheelers. SSgt Austin is a member of the Military Order of the Purple Heart and Injured Marine Semper Fi. He hopes to further his education and open his own business someday. 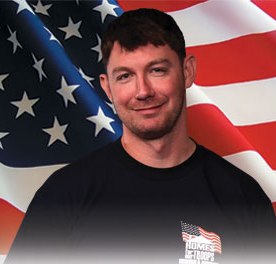