Alejandro “Alex” Seguritan, Jr., first fell in love with the camaraderie and teamwork of the military when he joined his school’s JROTC program in the eighth grade. He continued with the program throughout high school and, as a way to take care of his grandparents, enlisted in the Hawaii Army National Guard, serving as a vehicle gunner with the 1st Battalion, 487th Field Artillery.

On May 31, 2009, during his first deployment, Sergeant Seguritan sustained severe burns on his neck, chest, fingers, and throat after an improvised explosive device (IED) detonated near his vehicle while he was on a route escort mission in Iraq. After being transported back to the United States, he was treated at Brooke Army Medical Center in San Antonio.

In the year following his injury, Alex experienced two major setbacks in his recovery. A few months after being treated, he was able to travel home and visit with family in American Samoa. There an 8.1 earthquake struck the South Pacific, causing a massive tsunami. Alex sustained lacerations to his back, legs, and feet, and shrapnel through his knees from debris that hit him when he was caught in the tsunami’s wave. Shortly after returning to Texas, he was accidentally shot in his leg at a gun range.

Now medically retired, Alex’s injuries have not stopped him from moving forward. Although he currently does not use a wheelchair, he knows he will need to eventually. Continued complications cause his right leg to collapse often, risking further injury. He currently lives in a two-story home with his wife Val and their three children, and often becomes discouraged having to rely on his family for help. It is heartbreaking for Val to watch her husband struggle within their home, and she often worries about his safety when she is not around. Alex and Val were overcome with relief when they were accepted into the HFOT Family. Alex is looking forward to having a home spacious enough where he can fully enjoy his family’s company without navigating stairs and narrow hallways. Once settled, Alex would like for he and his wife to continue their education.

Originally from Hawaii, Alex is choosing to build his home outside San Antonio because he finds the area peaceful, and for its proximity to healthcare and Veteran-friendly community.

Alex expresses his gratitude to HFOT’s donors and sponsors and emphasizes they are giving injured Veterans a life-changing gift. “Thank you for donating to HFOT, because the organization is not just giving away temporary fixes, but permanently changing lives one home at a time.” 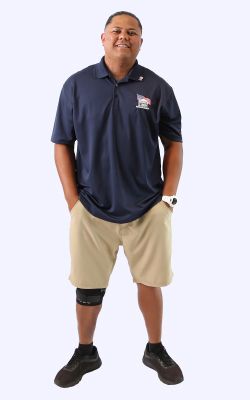