Joseph William Paulk Jr. enlisted in the military in 2004 out of a desire to serve his country and create a better future for himself.

On July 5, 2007, during his first deployment, Army Specialist Joey Paulk was serving with the 546th Military Police Company as the lead driver of a Quick Reaction Force (QRF) in Southern Afghanistan. While on a rescue mission, his convoy was struck by an improvised explosive device (IED), causing the vehicle to flip.

As the driver of the lead truck, SPC Paulk received the full force of the blast. After being ejected, he became engulfed in flames. His unit acted quickly and put the fire out with fire extinguishers.

After waiting to be medically evacuated for an hour, SPC Paulk was transported to the nearest U.S. facilities in Afghanistan, where doctors put him into a medically induced coma. He woke up three weeks later at Brooke Army Medical Center (BAMC) in San Antonio. Over the course of the next 18 months, SPC Paulk endured 50 surgeries including skin grafts and the removal of all of his fingers. He also underwent extensive plastic surgery on his face.

Now medically retired, Joey’s biggest struggle is maintaining a safe body temperature. His burns cover 80 percent of his body making him sensitive to extreme high and low temperatures, and sunlight. Joey is happy to be living in a safe home with strong insulation and advanced climate controls. Due to the loss of his fingers, Joey also has difficulty with everyday tasks such as opening doors. The automatic doors in his specially adapted Homes For Our Troops home mitigate this challenge.

Joey loves sports and has always considered himself an athlete. His limitations in sports have been one of the hardest things to accept about his injury. But Joey still finds ways to stay involved by running the bases for his baseball team and coaching.

For years, Joey has wanted to open a tap house in his community. “It has always been a dream of mine to own a business with my friends. This home definitely puts a strong foot forward in making the dream come to reality,” he says.

Joey is grateful to all who will support the building of his specially adapted home in California. “I do greatly appreciate what HFOT and its supporters are doing for Veterans by helping them have homes that are adapted to their needs and enable them to live more comfortably and independently. Thank you.” 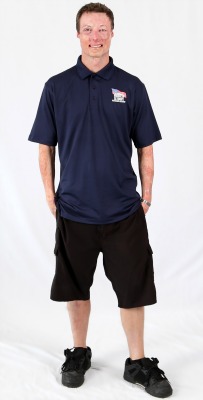