Joshua Hooker joined the Army in 2003 right after high school, because he felt it was his turn to serve the mission in Iraq. He enlisted as a cavalry scout with the 101st Airborne Division, and first deployed to Iraq in 2005.

On April 29, 2006, Sergeant Hooker was on a patrol in Baghdad when he was hit by an improvised explosive device (IED). He sustained severe damage to both legs in the blast, resulting in the eventual amputation of his left leg.

Now medically retired, Joshua and his wife Tiana are busy raising their three children in Ramona, California. Receiving a specially adapted custom Homes For Our Troops home will allow him to expand on his endeavors. Above all, the financial freedom of the home will give Tiana and him the stability to save and plan for their children’s future. “To be able to help them grow in their education and talents would be an amazing blessing,” he says.

In his current home, Joshua cannot access his children’s rooms while in his wheelchair. Daily tasks, like cooking and getting ready in the morning, are a challenge for him because the hallways and doorways are too narrow. An HFOT home with an open floor plan and a kitchen with lower countertops and roll under sinks will make it easier for Josh to prepare meals and care for his children.

Originally from Sacramento, Joshua is choosing to remain in the state and build his home in Southern California to be near family.

Joshua wants HFOT’s donors and supporters to know their generosity will give him and his family a future. “Your gift is more than just a home, it is also the gift of precious time with family that I will treasure for a lifetime,” he says. 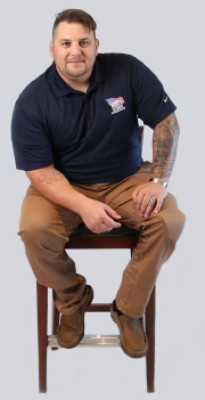