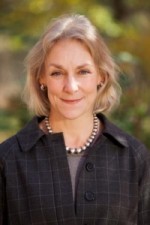 From 2007 to 2013, Ms. Baldwin was the Principal of Baldwin Consulting Incorporated (BCI), a company she founded. Before founding BCI, Ms. Baldwin was Assistant Secretary of the Army, Financial Management and Comptroller, where she served for two and a half years. She came to that position from the Appropriations Committee of the United States House of Representatives, where she served three years as Clerk of the Military Construction Subcommittee and four years as a staff assistant on the Veterans Affairs, Housing and Urban Development and Independent Agencies Subcommittee. Ms. Baldwin also served as Legislative Counsel to the Housing Subcommittee of the Financial Services Committee and a Trial Attorney at the Department of Housing and Urban Development. Early in her career, she was a legislative assistant on the staffs of Senator Nancy Landon Kassebaum and Senator John Glenn.

Ms. Baldwin is from Kansas, and is the proud godmother of six children.