Sergeant Donald Walters, Jr., enlisted in the Army in January 2001, and served two tours to Iraq, in 2003 and 2005. While serving as an Infantryman with the 4th Infantry Division, 3rd Brigade Combat Team, 1/8 Infantry between 2003 and 2006, SGT Walters was unknowingly exposed to chemicals that resulted in his development of Primary Progressive Multiple Sclerosis. He also sustained a traumatic brain injury (TBI) in an improvised explosive device (IED) blast during his 2005 deployment to Iraq.

Don was medically retired in 2007, due to traumatic brain injury (TBI) and PTSD. In 2008, doctors found lesions on Donald’s brain, which led to the diagnosis of Primary Progressive Multiple Sclerosis (PPMS). The condition has been determined to be combat related, caused by frequent exposure to chemicals while confiscating and destroying munitions. Currently, Don has lost the use of both feet and some of his vision. He has also experienced weakened strength in both of his upper extremities, and uses a wheelchair almost full-time due to the progression of his MS.

Don lives for fishing and hunting, and finds time in the woods and at the lake to be a source of peace, allowing him to take his mind off his current medical condition. Although he is working hard to maintain his health and keep up his physical strength, the family’s previous home lacked many modifications for wheelchair convenience, and he could only access a few rooms.

Don loves cooking for his family, but could not fit his wheelchair or walker in the kitchen, so he relied on his wife, Dawnette, or his son, David, to prepare meals. His specially adapted custom Homes For Our Troops home ensures that Don has the independence he needs to take part in these daily activities with family while functioning in a safe environment. Living without a mortgage eases worrying about working and finances, and frees up his time him, allowing him to volunteer in his community.

Don says he is humbled and extremely grateful to everyone involved with Homes For Our Troops. “It is organizations and people like you that restore my faith in humanity after seeing such destruction during my deployments,” he says. 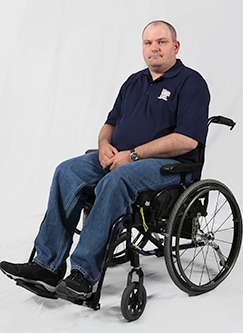