Army SPC Justin Perez-Gorda was on his first deployment with the 4th Brigade, 101st Airborne Division when he was severely injured as the result of an improvised explosive device (IED) explosion in Memlah, Afghanistan on January 5, 2011. The driver of a Mine Resistant Ambush Protected vehicle, SPC Perez-Gorda and his team were returning from a reconnaissance mission when they came under fire near a school.  Maneuvering the vehicle through the area, a pressure plate IED detonated as the truck rolled over it, throwing SPC Perez-Gorda from his seat.  The deafening sound of the blast was the last thing he remembers. Suffering a burst fracture of his spinal cord, SPC Perez-Gorda also sustained a fractured leg and pelvis, as well as hand injuries.  Evacuated to Bagram Air Base, SPC Perez-Gorda was then airlifted to Landstuhl, Germany, eventually arriving at Brooke Army Medical Center in San Antonio, where he began his recovery.  The doctors at the VA diagnosed him with a spinal cord injury resulting in incomplete paraplegia, resulting in the loss of use of two or more limbs.

A native of Long Beach, California, Justin decided to raise his family in Texas where he can be near Brooke Army Medical Center. SPC Perez-Gorda enjoys spending time with his wife Josie and their two daughters. Justin says he has learned to not take life for granted and enjoys living every day to the fullest.  Since moving into his Homes For Our Troops home, Justin has been able to improve his mobility to the point where he can now walk.  The special adaptations in the HFOT homes enable Veterans to minimize the risk of reinjuring themselves, and provide an opportunity to promote healing and regeneration of damaged tissue.

SPC Perez-Gorda is grateful to all of those who helped to make his specially adapted custom home a reality.

Homes For Our Troops extends its deepest sympathies to the family and friends of Army Specialist Justin Perez-Gorda, who passed away on January 29, 2022. 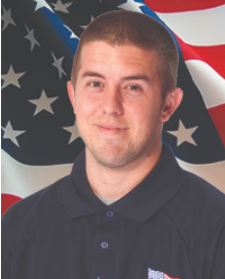